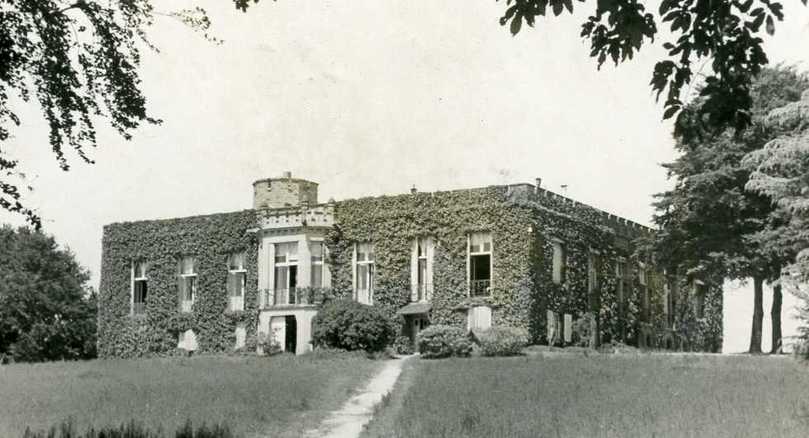 Château du Mont de Cerisy. Personal photo taken by Prince Franz in June 1940.
The castle was build by English lawyer Lord Burkingyoung in 1870s and sold to the Corbières family in 1885. Prince Franz purchased the property, following the fall of France, in 1940 and stayed there throughout the summer 1940. Last time he visited the castle in November the same year. After Franz' imprisonment and subsequent escape from Nazi custody, the castle was confiscated by the German military and served as a command post for the Lutfwaffe until 1944, when it was destroyed by the Americans.
The ruin of Château du Mont de Cerisy was taken over by the Cerisy County in 1955. It still stands above the village Cerisy-Belle-Étoile, near Flers in Normandy, France.
This section was written by Tomas Darius.